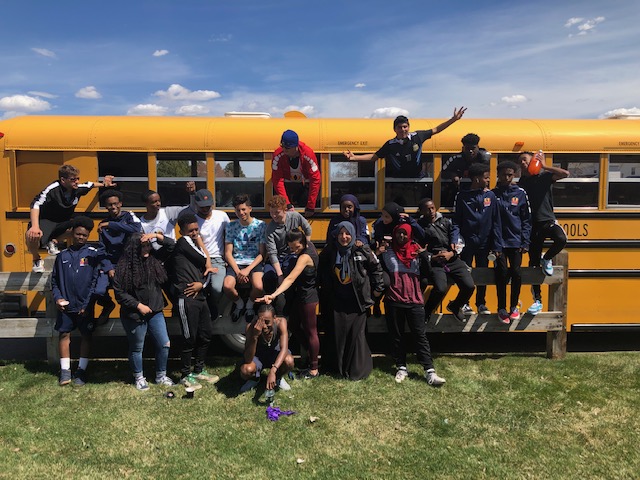 The 2018-2019 school year has been an exceptional one for Lotus athletics. Middle school flag football, volleyball, and boys soccer brought home the championships; our high school girls and boys basketball teams made it to playoffs; wrestling went to state; our soccer boys made it to playoffs with Mahad Haji leading for goals in Colorado 2A schools. In order to recognize and celebrate these achievements Lotus hosted an Athletics banquet.

This year the Lotus high school banquet was located at The Island, a volleyball club in Aurora. Recognition awards were distributed to players by coaches for their performance in the season.

The high school soccer boys made it to the playoffs this year for the first time, with two players making all-conference. The middle school boys won the championship with an undefeated season and a score of 2-0.

Wrestling this year was the most successful season for Lotus sports. With two people being sent to the state tournament and place. Scott Torres placed 3rd and Salem Scobee placed 6th in Colorado.

Flag Football brought home the Championship this year with a record of 10-1. The team originally set out to make it to the playoffs but with their unexpected win of the Championship, they were still satisfied.

The Cheerleaders this year brought home so new cheer and stunts that they can perform. They received a chance to gain experience for cheer-leading for Wrestling during the competition for State.

was one for the records. With everything that we’ve accomplished it goes to show the potential for Lotus Athletics next year. Hopefully, with incoming freshmen new and better goals could be set out to achieve next year.

This is just the beginning for Lotus athletics.