A Critique of Trump’s Presidency 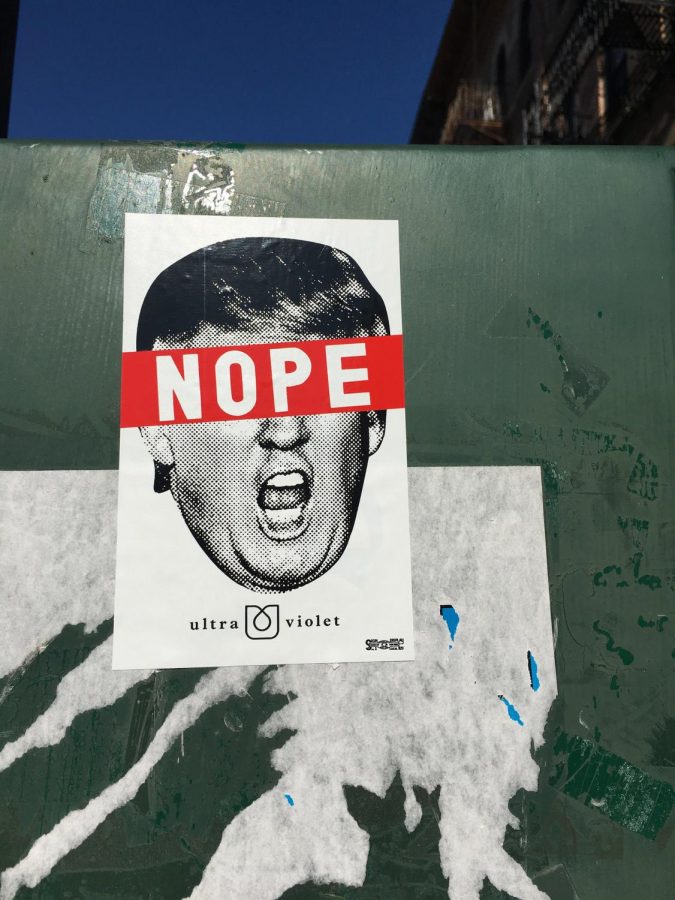 https://creativecommons.org/licenses/by-nc/2.0/legalcode. No changes were made.

Personally, I do not care for politics. I usually refrain from voicing my opinions on Trump because I usually find myself in a never-ending conversation with a Trump-supporter that inevitably renders pointless results. However, since I have this platform to express my political opinions, I would like to claim that Donald Trump is not a person that I can proudly call my president. We define a president as one who implements and enforces laws written by Congress. However, in a constantly changing country with growing diversities and representation thereof, we need a president who exceeds just filling this political role and instead accommodating the needs of Americans and actually being a president for the people.

It would be ignorant of me to disregard the reforms Trump has made to benefit America. For instance, he has facilitated huge growth within the job market, opening up about 4 million jobs since his election, and decreasing the minority unemployment rates as well. However, it would be equally ignorant for all of us to dismiss the atrocity of the detention camps that separated immigrant families earlier this summer.

While those with the opposing viewpoint may argue that these measures were necessary to protect America from Mexico, the land of drugs, crime, and rapists, according to Trump, I disagree. There could have been a better, more humane method to combat illegal immigration, one that didn’t account for the missing of 1500 migrant children, nor the barbaric act of putting them into cages.

Time and again Trump has displayed minimal effort with regard to tragedies occurring in the U.S. We expect the man we put into office to reassure us that America will recover from losses and to not lose our hope. However, upon the recent Pittsburgh synagogue shooting, Trump has made it clear that these were not his intentions. Instead, he blamed the situation on the lack of security and flipped this devastation on himself, tweeting, “Melania and I were treated very nicely yesterday in Pittsburgh. The Office of the President was shown great respect on a very sad & solemn day…“

Contrastingly, our former president Barack Obama, who has no current obligation to tend to the morale of American citizens, tweeted, “We grieve for the Americans in Pittsburgh… All of us have to fight the rise of anti-Semitism and hateful rhetoric…” The resounding difference in their response to tragedies is extremely troubling for me.

In general, Trump doesn’t possess the qualities of a professional president. His sexist and demeaning past as well as his disruptive tweets undermine his presidency. Instead of voicing hate, Trump should spread positivity and create a means to unite citizens with his huge influence on the Twitter platform.

If we allow the president to hold these qualities, what does that say for us? What does that say about our core values? How can we as Americans preach to others to be good people and good leaders when we support a man who embodies qualities that deviate so far from what I think America represents.

Although Trump has shown some redeemable qualities in his time in office, let us not disregard his toxic views on women, immigrants, and minorities. Let us not disregard the fact that our previous president has been more reassuring in times of strife. And lastly, let us not disregard the fact that he has divided this nation, propelling an attitude of white nationalistic pride and instilling fear within minority groups. These realities do not bode well for America; when a country voices such contempt and disapproval for their president, it speaks volumes about the type of man we have elected into office and displays to other countries how divided of a nation we actually are.