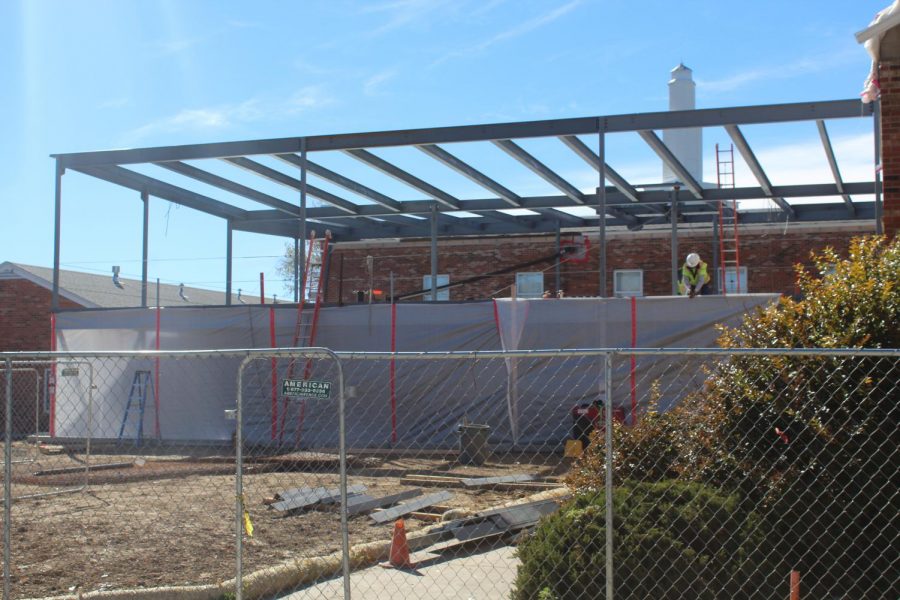 The structure of the new building is slowly coming together.

Building the Future of Lotus

Construction has been going on outside of the secondary entrance since the start of the school year, bringing with it the sounds of jackhammers, welding, and the shouts of construction workers. All of this disruption is due to the construction of the new Science wing expected to be completed around March 27, 2019.

The plans for this project were five years in the making. The process started with Mr. Idil, the previous Executive Director. Now Mr. Hecker is continuing the project with the construction committee.

According to Mr. Hecker, the project has cost around 1.5 million dollars thus far.

The new building will include new labs that accommodate the need for more storage, sinks, and tables within science classrooms.

The new wing is being built with new technology that uses underground pillars drilled into bedrock to hold the building in place. This makes it safer, preventing the building from moving and ensuring the long-term preservation and stability of the structure.

Although the project is expected to be completed in the Spring, students will not have access to the new wing until next school year, as the building will need to undergo tests and be furnished.

Teachers, admin, and students are all very excited about the project.

Senior Zulaykha Ali commented on the construction saying, “It’s a shame that this is being completed in my last year of high school, but it will be good for the upcoming students to have more space and more opportunities to learn.”